Augmented Reality would be the solution for Parkinson’s disease

After the success of Anda Basic, an application that through stimulating sounds improves the gait process in patients with Parkinson’s, today it seeks to evolve by venturing into Augmented Reality.

To understand the success of Anda and the reasons that have led to consider Augmented Reality as a possible solution to the gait problems presented by people with Parkinson’s, it is important in the first instance to understand what this disease consists of.

Parkinson’s is a type of movement disorder that occurs when neurons don’t produce enough dopamine. This disease occurs progressively in the nervous system affecting movement.

Symptoms begin gradually on one side of the body and subsequently spread. This disease causes tremor in the hands, arms, legs and face, in the same way it generates rigidity in the arms, legs and trunk, slowing down movements and causing problems of balance and coordination.

How was Anda Basic born?

Anda Basic was born as an alternative solution of medicines, to reduce the effects generated by the disease and provide productive help for the patient and his daily life. Anda is an application that reproduces sounds selected specifically to increase the production of dopamine and thus improve the stability and coordination of gait, in addition to increasing aerobic capacity allowing greater walking time. 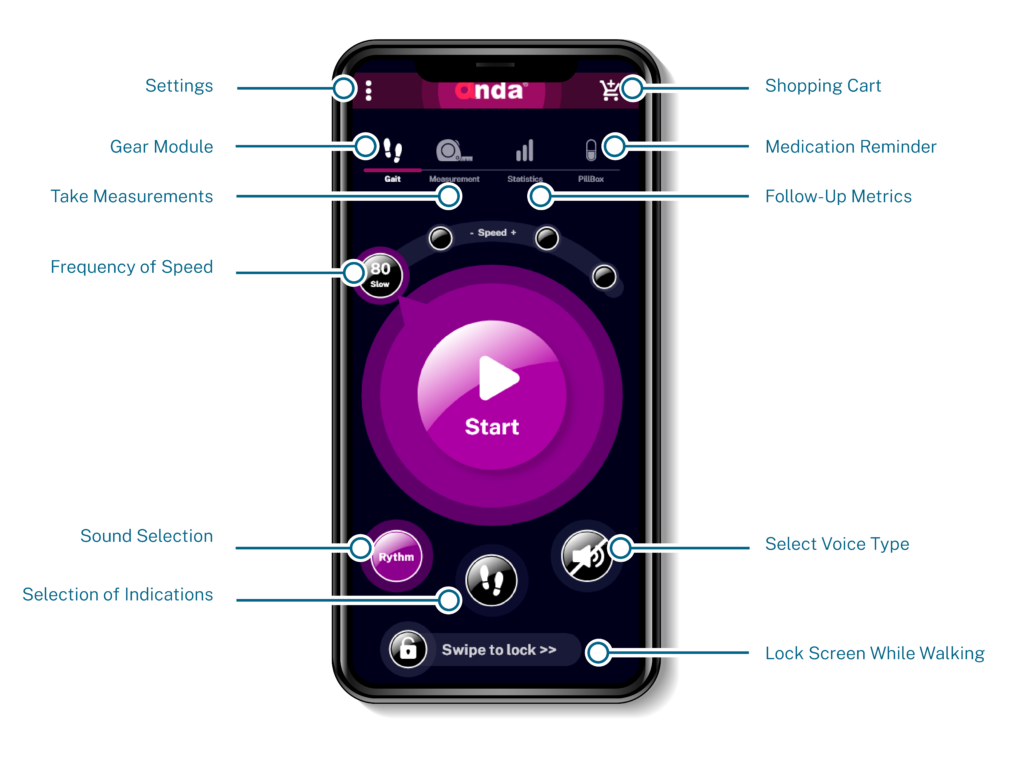 What is the success of Anda Basic?

The functionality of the application is very simple and practical. Users find various musical genres, as well as the frequency of sounds, this directly affects the speed of the march that the user wants to acquire. Once the sounds begin to be played, the improvement is instantaneous.

For the above, Anda has been deserving of various awards at national and international level, such as First place at the national level of Heroes Fest 2016, Lab4+ Award as the Third most innovative company in Latin America, Semifinalist in the 5th edition of Una Idea, in the category of applications and Participation in the Ceatec technology fair in Japan.

Why venture into Augmented Reality?

Given this, many scientific institutions have carried out projects that venture into the use of augmented reality, so that through glasses or cell phones, generate indications about reality. Despite this, the results have not been favorable, and the reason is the lack of dopamine that Parkinson’s produces.

Therefore, Human Bionics is in the process of developing an Augmented Reality glasses, which combined with the application of Anda Basic, generate gait indications to the user and at the same time stimulate the production of dopamine in the brain, through sounds.

The device includes a camera and a sensor, capable of analyzing the environment by means of artificial intelligence, to indicate the area of march. The indications will be reflected in the lenses by means of mini projectors. On the other hand, the glasses have bone headphones and an integrated volume control connected to the application via Bluetooth.